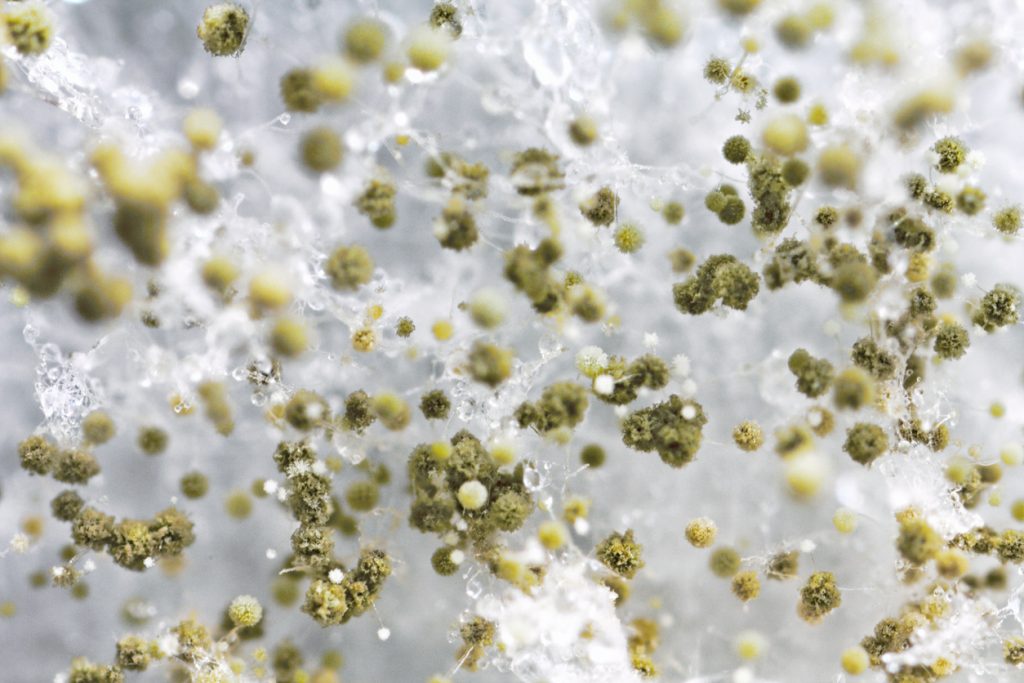 How mould invades your lungs

When you think mould, you probably thing about the soft furry spots on the leftovers you forgot about in the back of the refrigerator. However, this is probably the least harmful place you will see it. The microscopic fungus is something that under the ideal circumstances will spread through every crevice of your home that is damp, warm, and dark.

This is a villain for asthmatic people and even people that don’t suffer respiratory conditions. Mould spores, the tiny mould ‘seeds’ that float through the air until they are planted and multiply, are inhaled and cause coughing, sneezing and runny noses. For some, these make indoor and indeed outdoor air quality almost unbearable.

Typically, mould is a big problem where moisture is a problem. For example, accumulating in bathrooms, in ceilings beneath roof leaks, or in buildings that have not been used for long periods of time. Most notably, however, is in floods. After significant rain events ingress of water into buildings is common and causes these problems resulting in millions of dollars to be spent on remediation and in some cases full reconstruction.

What is happening in these circumstances is essentially indoor air pollution.

There is, however, a way to fight back. While it does not fix the source of the problem, HEPA purification will take spores and particles out of the air and significantly reduce the effects on our respiratory health. HEPA (High Efficiency Particulate Air) filters are a powerful weapon, which are 99.95% effective for particles down to 0.1 microns.

Trapping the spores, HEPA filters essentially recirculate the air through these devices to make it almost 100% free from pollutants. It is important to ensure you select a device with an anti-microbial or anti-viral function, such as the Aeris which uses an anti-microbial coating which kills bacteria and mould without the harmful effects of UV-C or Ionisers. This means you don’t have to frequently change the filter, only once per year.

What to look out for

Mould needs a cellulose base to feed. If you select a cheap purifier with a paper-based filter and no anti-microbial function, the mould will simply colonise in the filter – paper is a cellulose base. Quality filters that are designed for maximum breathability will give you the maximum air exchange rate while ensuring that the maximum particles are trapped.

Stay away from ionisers. Ionisers are simply devices that charge particles using an electron stream, which means the particles, now charged, naturally are attracted to other particles, but mainly surfaces. These surfaces include your skin and lungs. Inhaling charged air is highly harmful to the respiratory system; not only is it essentially sticking the mould spores into the recesses of your lungs and nasal cavity but brings in other particles into the lung and hampers its ability to use natural defences.

UV-C is highly effective at killing organic particles. However, reacting with carbon compounds in the air it produces ozone, which is an oxygen formula that is wonderful in the atmosphere, but harmful to the respiratory tract, causing asthma and underlying conditions to worsen. This and ionisation is similar to the effects of a bad thunderstorm.