Bifurcated needles – how they can increase monkeypox vaccination efficiency 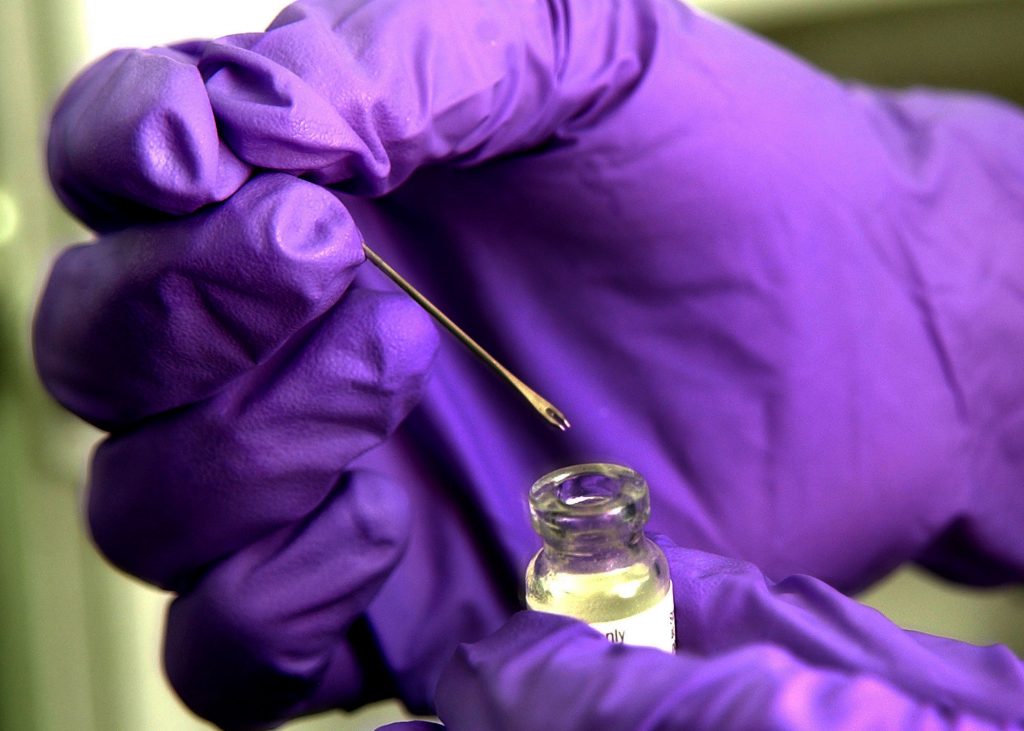 Smallpox was eradicated in the 20th Century by vaccination – but not the typical injection as you would probably know it. Typically, injections take place in the hypodermic region, that is, directly beneath the skin. A hypodermic needle is long enough to penetrate beneath the skin and takes little training or skill to administer.

Monkeypox, being a close relative of smallpox, has been prevented with hypodermic injections, just like any other injection. However, this requires a comparatively large dose – approx. ⅕ to ¼ of the vial – to be effective.

When mass vaccinating, this is highly inefficient when comparing against the method of inoculation that has been employed in the global mass vaccination that took place in the 20th Century.

In 1968, the bifurcated needle was invented, which enabled the vaccine to be placed very effectively into the subcutaneous space with minimal actual vaccine required.

What is a bifurcated needle?

Bifurcated needles are very different to typical hypodermic needles, and do not need a syringe. Where a normal needle is a bevelled tube designed to inject through the needle core, the bifurcated needle is solid, with a two-pronged end. The end is like a tiny chisel, however separated in the middle so as to form a long narrow indent where a small drop of vaccine is held, essentially forming two prongs (see picture).

Bifurcated needles are designed to hold the perfect amount of vaccine in this tiny cutaway. By jabbing this into the subcutaneous fatty layer beneath the skin, the vaccine can create a small local infection far more effectively than delivering 50 times the amount of vaccine into the intramuscular area.

We can thank Benjamin Rubin for this invention. He selflessly waived the royalties so that the World Health Organisation could use this type for widespread and effective vaccine delivery. The outcome? Smallpox eradicated.

Normally vaccinations are unable to be administered this way, as most require intravenous or intramuscular injection. The monkeypox/smallpox vaccine is essentially a live virus, therefore requires a localised infection to create antibodies and prevent infection.

Reach out to our team to secure bulk allocations of bifurcated needles.